To celebrate HISTORY’s 10th year anniversary in Asia, HISTORY Maker Awards will be given to 10 notable individuals who have had a significant impact on their nation’s life and culture. The awardees will be announced closer to date.

Event attendees will also be invited to make history by participating in various world-record breaking attempts.

FYI® is the first network of its kind for the modern world – an upscale inspiration engine that fuels what we call improvised living. A contemporary lifestyle network for your inspiration, for your imagination or for your innovation that embraces an adventurous, personalised and non-prescriptive approach to lifestyle content, featuring over 300 hours of original programming every year. From our viewer's taste, space, look, journey and more – FYI covers a range of experiences that reflect how people actually live their lives today, not constrained by one passion or interest. Programming hits include Tiny House Nation, Fit to Fat to Fit, Destination Flavour, Travels with bondi Vet, and Seven Year Switch.
www.fyiasia.tv | Facebook: @FYIAsia | YouTube: @FYIAsia.TV | Instagram: @FYIAsia

Lifetime® is an entertainment destination offering the highest quality dramas, movies and reality with celebrated and award winning programmes like UnREAL, Zoo, MasterChef Australia, MasterChef Asia, Dance Moms and critically-acclaimed Lifetime original movies, Flowers in the Attic and Petals on The Wind. A television network infused with passion and empowerment, Lifetime™ reflects the full spectrum of the modern female experience, delivering top tier entertainment.
Lifetime® is available in more than 150 million households in over 100 territories and 7 languages.
www.LifetimeAsia.com | Facebook: Facebook.com/LifetimeAsia 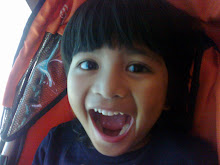 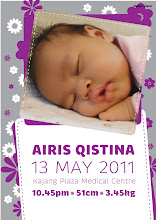